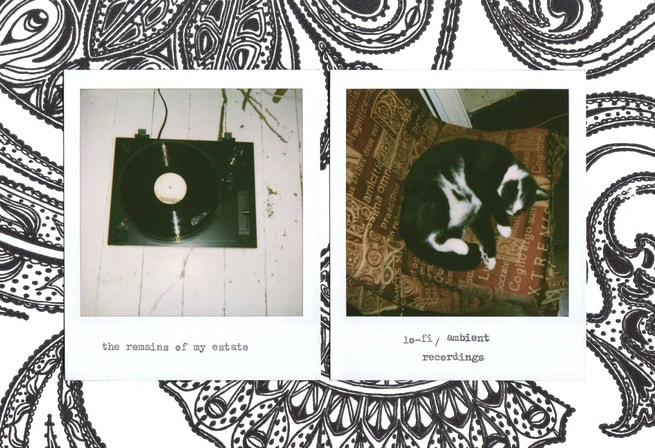 TROME (an acronym of The Remains Of My Estate) is a record label focusing on limited editions of quiet, minimal music.

The label began in London in late 2006 with debut LPs from American minimalism composer Duane Pitre and Scottish lo-fi band Small Town Boredom.  Works that on the surface appear stylistically disparate but which share sonic sensibilities, being both slow-paced, contemplative recordings that meditate on the nature of human experience.  Subsequent releases have followed a pattern of subdued long-form drones and sparse, introspective songs; Karina ESP and Froxel provided diffuse, vaporous experiments on their split EP, whilst Small Town Boredom’s second (and final) album was a masterpiece in confessional melancholia.  The Rivulets 7” paired darkly melodic Americana with a still darker drone piece on the B side.  Two reductive recordings of gongs and singing bowls by Lowered were released either side of a sublime, alchemical album by itdreamedtome. And in 2019, after the label had relocated to West Yorkshire, a split 7” of drone-songs by Circle Bros and Karina ESP was followed by an LP of ‘pretty songs about death, with noise’ from Madder Rose.

LABEL ETHOS
TROME operates as a non-profit venture with the aim to release high quality, beautiful documents of intangible artworks. It functions primarily as an artistic endeavour in close collaboration with its artists, and is therefore not bound by any specific business pattern or release schedule.  The same attention to detail given to realising each record goes into selecting which works to release.

RELEASE CRITERIA
Label releases cross different genres of minimal music; from modern composition, organic drones and lo-fi songs.  Each recording is distinct, yet contributes in a certain way to the specific sensibilities of the label.  To this end we are open to accepting and releasing new forms, but favour slow, introverted, quiet and sublime music and sound art.  Above all, artwork that is authentic in its integrity.

Please note that TROME is not accepting demos at present.
However if you would like to share your work with the label please feel free to contact us.